Due to a variety of reasons, Singapore’s EZ-Link and Malaysia’s Touch ‘n Go cards are synonymous with travel in their respective countries. With travel across the causeway so common among residents of both, it is about time for a new partnership between the two, slated for launch in Q4 2019.

For now, the Combi Card is planned for use to pay for electronic road pricing in Singapore, tolls in Malaysia, and parking, though the companies hint at potential further use; like shopping and dining, it seems. 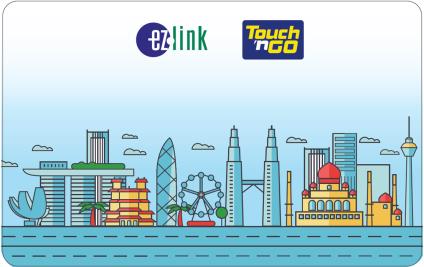 The announcement follows the signing of a Memorandum of Understanding (MoU) between EZ-Link and Touch ‘n Go on 30 July 2017.

The EZ-Link partnership seems to be part of Touch ‘n Go’s efforts to drive interest into its TNG Wallet, the company’s contender in the ongoing e-wallet wars in Malaysia that has begun to see some rising heroes. The TNG Wallet began to make a strong case for itself with the launch of its RFID function, a low hanging fruit for the transportation smart card.

As of 2018, 400,000 Malaysians shuttle between Johor and Singapore for work every day, and perhaps be one of the main markets for the eventual combi-card, along with the Singaporean tourists travelling to Johor for its relatively cheaper goods and services.