Experts in both the public and private sectors all agreed that ASEAN stands to be at the forefront of the development of financial technology fintech by making financial services and financing available to both the 53% of unbanked population and MSMEs in ASEAN.

However, there are regional and domestic gaps that hinder the growth of fintech that must be addressed to yield maximum benefits for the peoples of ASEAN.

These include upscaling human capital, enhancing broadband infrastructure at the home front, while harmonising policies to create a seamless ASEAN-wide digital economy.

These were some of the observations made during the first of the Smart Showcase Series organised by CIMB ASEAN Research Institute (CARI), which focused on the future of fintech within ASEAN.

Tan Sri Munir Majid, Chairman of CARI, in his introductory remarks, highlighted that fintech solutions could accelerate financial inclusion and boost GDP growth by 2-3% in markets such as Indonesia and the Philippines, and 6% in countries like Cambodia.

For a population earning less than US$2 a day, this would translate to a 10% increased income for countries such as Indonesia and the Philippines, and a 30% in Cambodia, respectively. 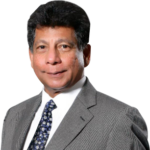 Fintech will be able to mitigate the three main problems faced by MSMEs and the poorest unbanked households, namely the payment and transfer gap, the savings gap, and the credit gap. The reality is, however, that ASEAN is still at the nascent stage of development in the digital economy where a few countries are beginning to set up regulatory sandbox to pilot test Fintech ideas. ASEAN needs to catch up, not just in terms of technology, but also realising that unless it creates a region-wide ecosystem, the benefits would be less impactful,”