The first reward & equity-based film crowdfunding is officially launched in Malaysia; breaking the conventional film production and distribution practices that go unquestioned for too long. This fine blend between finance and entertainment industry is opening up a new frontier of participation and investment opportunities.

Malaysia is the first country in the ASEAN region to regulate equity crowdfunding to democratize finance and promote innovation. With a regulated framework for equity crowdfunding in place since 2015, the Securities Commission (SC) Malaysia has enabled early-stage financing for start-up entrepreneurs. While the SC is advocating the benefits of digital finance, the local film industry is capitalising on this important milestone by offering an alternative film investment opportunity to the public and enables local films to expand to the global financial market.

Stranger Pictures Sdn Bhd is going unconventional by being the pioneer movie production & distribution company that involves movie enthusiasts around the world, offering local and global investors an opportunity to capitalize on the potential of the film industry.

Malaysia film makers face challenges like insufficient fund, low publicity and a competitive environment. The lack of well-constructed marketing budgets causes many quality local films couldn’t make it to the cinemas. Equity crowdfunding enables the film production industry to raise capital and allows everyone to be involved and become part of the company. Word-of-mouth publicity plays an essential role in marketing strategy; it amplifies public exposures, attracting media coverage and in return achieving higher box office. 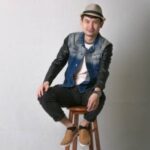 “When we talk about the commercialization of film art, the expected outcome does not stop merely at catering the film to the audiences’ taste to achieve a high box office revenue, we aim to introduce the artistic value of films to the public.” 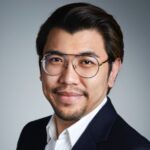 “Realizing the artistic value is never easy, but our core team is a fine blend of talents with art & financial background, therefore we can produce something that is artistically inclined and financially feasible. Our vision is to transform the film and entertainment industry with a decentralised ecosystem.”

Stranger Pictures is launching the ‘First Reward & Equity Based Film Crowdfunding’ on a regulated and licensed ECF Platform, FundedByMe. Investor will own part of the company and get rights to the cashflow streams and box office revenue of all future movies produced and distributed by Stranger Pictures. There is a still a huge potential in the Malaysian film industry. The collaboration between art, finance and technology is projected to certainly increase the value of Malaysia film market; locally and internationally – by Stranger Pictures.

For more details about the equity crowdfunding campaign on FundedByMe 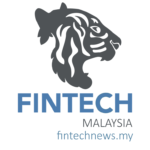 PitchIN Owns 75% of The Equity Crowdfunding Market in 2018