In Malaysia, regulators and policymakers are actively supporting the fintech industry by establishing a conducive regulatory environment, and through public–private partnerships.

This past year has seen Malaysia unveiling a number of regulatory developments and initiatives, paving the way for greater progress and growth in the fintech space.

The Fintech Report Malaysia 2022, produced by Fintech News Malaysia and sponsored by Merchantrade Money, VSure.life, GHL and pitchIN, gives an overview of the domestic fintech ecosystem, delving into the local fintech startup scene, the key developments observed over the past year, and the main trends emerging from the sector.

2022 has so far been an exciting year for the Malaysian fintech industry, building on booming customer adoption, favorable new regulations, and a five-year national digitalisation plan.

Bank Negara Malaysia (BNM) issued the Financial Sector Blueprint 2022-2026 in January, setting out the central bank’s development priorities for the financial sector over the next years and shared ambitions for an open data ecosystem, a national digital identity scheme, and real-time payment linkages. 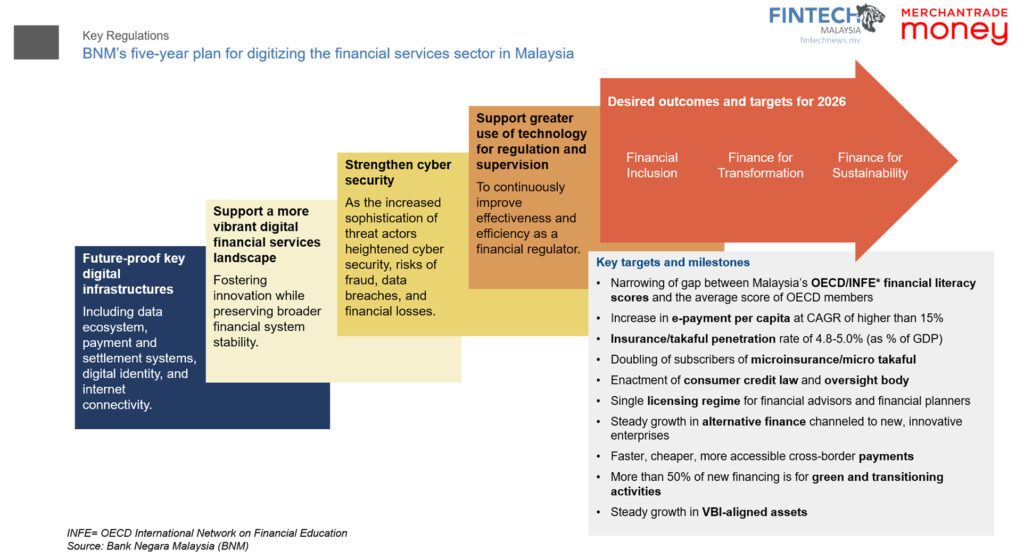 The central bank also said it will finalise a regulatory framework for digital insurers and digital takaful operators in 2022, with an aim to license new digital players in 2023.

Malaysia has been exploring the merits of CBDCs since 2021, joining Project Dunbar last year to test the use of digital currencies for international settlements. 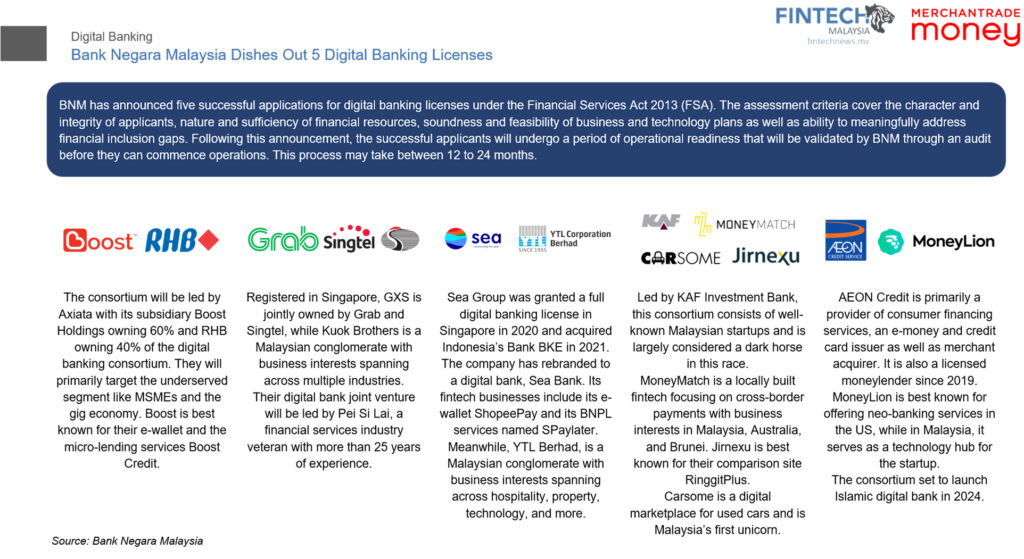 Besides an ambitious five-year development plan, 2022 also saw the announcement of Malaysia’s first digital banks. All five digital banking licensees are consortia comprising of at least one technology company. These new market entrants are expected to bring about a wave of innovation in the banking sector and help improve financial inclusion.

Malaysia’s five digital banks are currently undergoing a period of operational readiness that will be validated by BNM through an audit before being permitted to commence operations. This process may take between 12 to 24 months.

Overview of Malaysia’s Fintech Scene in 2022

These recent developments build on the successful year 2021 during which fintech innovation accelerated significantly amid increased demand for better and more inclusive financial services, an expanding startup scene, and rising funding levels.

In the first three quarters of 2021, fintech companies in Malaysia raised a record US$117 million in funding, surpassing 2020’s total of US$77 million by 52%, according to the Fintech in ASEAN 2021: Digital Takes Flight report by United Overseas Bank (UOB), released in November 2021.

BigPay’s US$ 100 million funding round accounted for a large chunk of Malaysia’s 2021 total funding. Despite setting a high record, Malaysia still lags behind its neighbours like Singapore, the Philippines, Vietnam, and Indonesia. 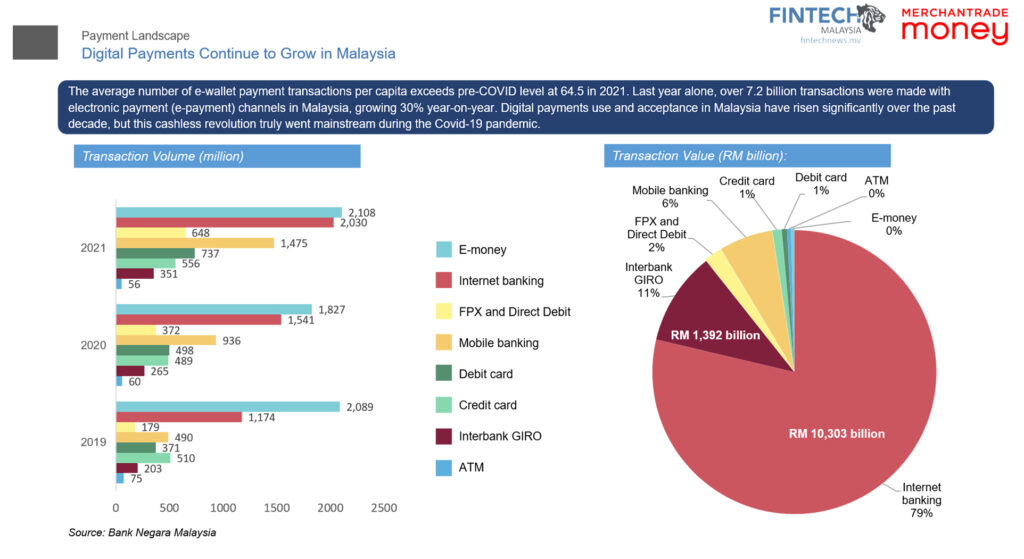 Buy now, pay later (BNPL) is another segment that witnessed strong traction in 2021. Singapore-headquartered hoolah, which provides BNPL arrangements in Malaysia, Hong Kong and the city-state, said growth was tremendous in 2021 with more than 400% user expansion and a doubling of repeat usage.

Similarly, its rival Atome, which operates in nine markets across Asia Pacific (APAC) including Malaysia, Indonesia and Vietnam, indicated seeing order volume grow by 100 times, while its merchant network grew by five times in the first half of 2021. Atome’s consumers are also soaring on a 20% monthly basis in terms of new application downloads and usage.

Research and Market, which studies retail trends, estimates that BNPL’s gross merchandise value reached US$287 million in 2021. That number is projected to grow by 109.5% on an annual basis to reach US$601.2 million this year. Growing demand for BNPL arrangements in Malaysia has led to the entry of a handful of players in the market. Since 2021, at least 11 companies have launched BNPL offerings in Malaysia, our report shows. Six were introduced by homegrown Malaysian companies (Du-it, FavePay Later, Mr Pay Later, PaySlowSlow, myIOU and Paylater), four by Singaporean companies (SPayLater, Atome, PayLater by Grab and Ablr), and one by an Indian company (Pine Labs).

The exponential growth of BNPL arrangements and growing concerns over the potential risks to consumers have prompted regulators and policy makers in Malaysia to introduce new rules for the practice.

The Consumer Credit Act, which BNM, the Ministry of Finance and the Securities Commission Malaysia hope to have enacted this year, will seek to regulate all consumer credit activities, including BNPL arrangements, and mitigate the risks brought about by new schemes. 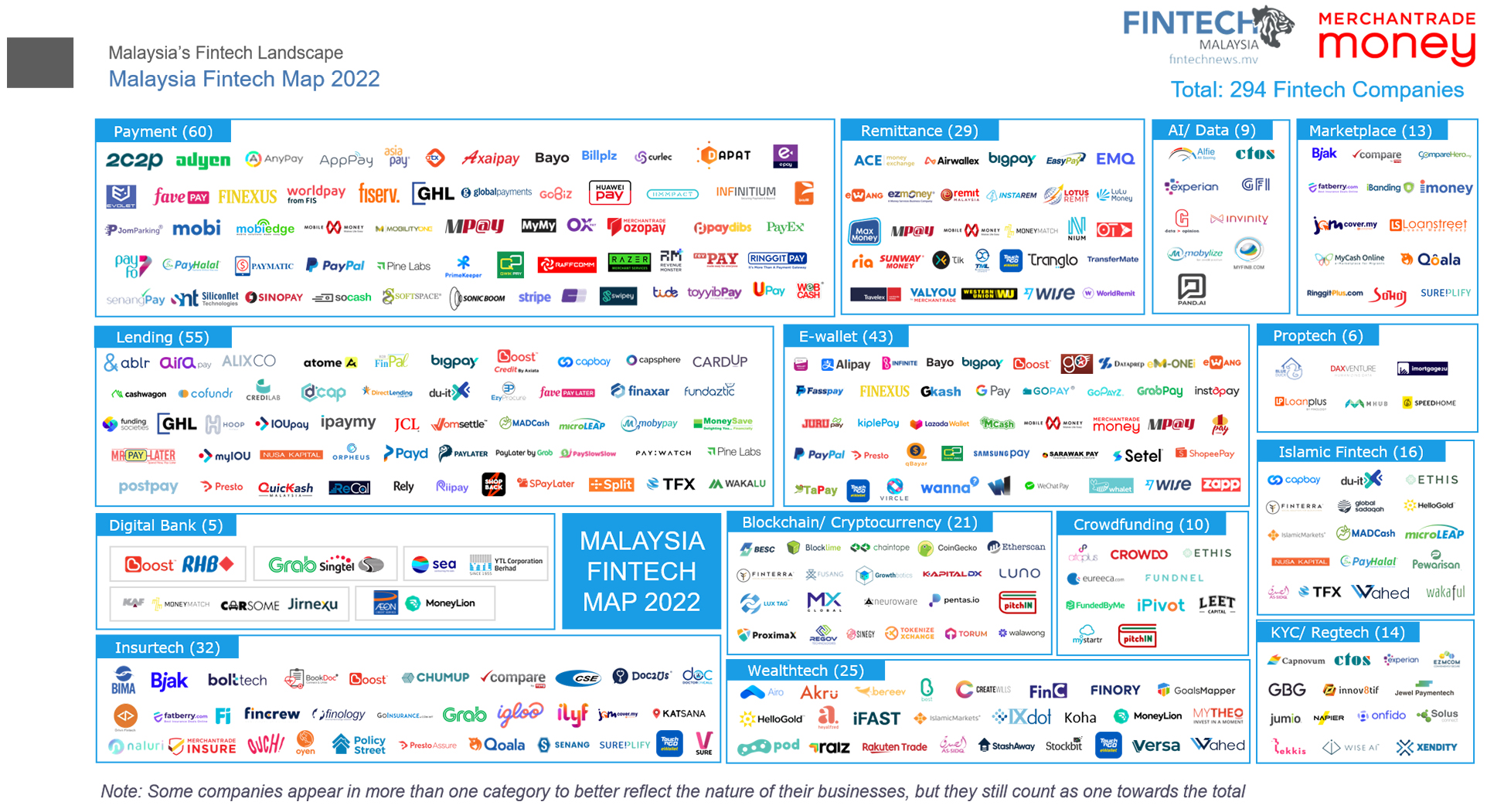