14 Key Fintech Investors in Malaysia You Should Know About

With a regulator that has been described as open to innovation and disruption, a maturing tech scene,  a mobile-friendly population, and a financial scene rife with incumbent and outdated technology, there is definitely a lot of potential in this region for fintech, if you’re hitting all the right notes.

These factors and more make Malaysia an appealing market for VC investments.

Despite dealing with finance though, it’s an open secret that fintech companies in Malaysia are ironically often strapped for cash. It’s not that there isn’t any money flowing into fintech companies, merely that they’re often focused on very specific places.

So based on publicly disclosed values, we’d like to shine a spotlight on some investors Malaysian fintech companies should know about, and some of the local companies in their portfolio.

Cradle is one of the better-known investor companies in Malaysia, and has often been described as one of the builders and shapers of the Malaysian startup and tech field.

It is often known as the early investor into some of Malaysia’s tech giants today, like Grab and iMoney. Their investments are not limited to fintech, and covers a wide scope of startups

Now led by Razif Abdul Aziz, Cradle as of early August announced that it aims to invest into 30 deserving startups by the end of 2018.

Khazanah Nasional has been investing into companies locally and internationally since even the dotcom era. To this day, their biggest investment success is to inject money into pre-IPO Alibaba Group.

While Khazanah’s keen eye often looks out for larger corporations to pour their cash into, the sovereign fund has also launched Khazanah Nasional Entrepreneurship Outreach (KNEO), in collaboration with local accelerators 1337 Ventures, WatchTower & Friends, which has been known to nuture fintech startups through their programmes.

These efforts reflects Khazanah’s statement early this year: “This means that we could find clever smallish technology companies to invest in without having to pay lofty prices”

They are open to investing in local companies but did not provide any concrete assurances, perhaps holding out for a local company that they can truly believe in.

Khazanah has not disclosed any local fintech companies that they’ve invested in, but some notable local names include FashionValet. KK Fund is a venture capital organisation that invests in seed stage internet and mobile startups across Southeast Asia, Hong Kong and Taiwan.

But as for KKFund itself, the Singapore-based company was founded by venture capitalists Koichi Saito and Kuan Hsu. The company seems to prefer Seed Round investments, and its portfolio has an extensive array of Malaysian companies of various backgrounds. 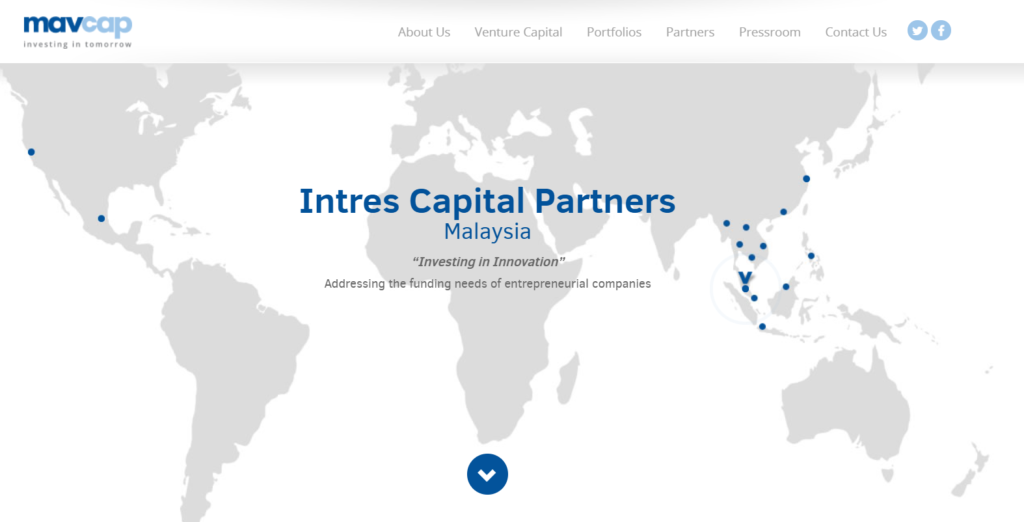 In 2001, the Malaysian government founded MAVCAP in the hopes of growing the burgeoning ICT industry in Malaysia. 17 years later, and they too have been caught in the startup fever that swept the nation.

The company’s goal is to help small or new companies to survive its difficult early years, because even innovative products could fail due to lack of resources. They have quite a variety of companies under their portfolio, and seem open to taking risks on rather unusual ideas or concepts.

It should be noted that the company’s budget may be revised by 2019.

Some of their previous investments include known names in the startup scene such as Grab, Fashion Valet, Hermo, The Lorry, Katsana, Easy Parcel, Aerodyne, and Carsome.

Malaysian fintech companies in their portfolio: Jirnexu, Billplz, Simply Given, Crowdo, Katsana, Grab (prior to their GrabPay push).

While it has not made any investments in the Malaysian fintech sphere of its publicly disclosed funds, Captii Ventures is based in Malaysia and have invested in quite a few fintech companies, like C88, UangTeman, Sepulsa, OnOnPay, and Pouchnation, many which are based in Indonesia.

Of its portfolio, the company has also invested in Malaysia-based Bfab, which again, implies that they would consider both a Malaysian and fintech company provided that it will add to their portfolio.

The company seems to prefer joining in a company’s seed round, but has shown precadent for Series B investments.

So far, Sumimoto Mitsui has only invested into one Malaysian company, but their injection landed Soft Space into the list of one of the most well-funded fintech companies in Malaysia (of publicly disclosed values).

On a typical Monday, the Sumimoto Mitsui Card Company issues Visa credit cards to individuals in Japan, along with settlement services and credit finance loans to cardholders.

The company invested into Soft Space for both Series A ($5M) and Series B. Besides Soft Space, Sumimoto Mitsui has also invested in two other USA-based companies, Square Inc and Stripe Inc,

Sumimoto Mitsui has proven that they have a keen interest in funding fintech, and will continue to invest in the same company through further funding rounds as long as their investments prove themselves.

While OSK Ventures does do Seed Round investments, its goal is to invest in established companies with a regional presence in their mid to late stages.

An affiliate of the OSK Holdings Berhad company, OSK Ventures has established itself as an investor in the region. On top of its usual operations, OSK Ventures has teamed up with Japan’s SBI Holdings Inc to form a joint venture fund to invest in promising prospects within the ASEAN region just in June.

The OSK-SBI Dynamic Growth Fund, as of July 2018 had $20 million to invest, including to promising Malaysian companies.

OSK Holdings, other than Jirnexu ($1.5M), has also invested in Singapore-based 4xLabs, which focuses on foreign exchanges, which showcases precadent for fintech in this region.

Despite bearing the name of Axiata, Axiata is well-known as a Celcom affiliate, and the backers of one of the more prominent e-wallets, Boost, the fund is actually a collaboration between Axiata and MAVCAP.

The fund exists specifically to help cultivate the Malaysian ecosystem, with a particular focus on Bumiputera ventures, though it is not limited to it.

A cursory glance of their publicly disclosed funds reveals that the organisation is more interested in Early Stage companies that are slightly more mature, seemingly only joining the second or third round of investments.

They invest in companies from a variety of backgrounds, including fintech.

SBI Holdings has recently made the news cycles for launching Japan’s first bank-backed cryptocurrency exchange, but is otherwise known as a financial services group based in Tokyo.

As such, they have a keen interest in fintech investments from across the globe, with some of their more recent investments particularly focused on the USA region, though there have been sprinklings of investments throughout the globe.

The company has been seen joining a seed investment round in Japan, but as for their foreign investments, SBI Holdings seems more keen on early-stage funding, though there is one notable instance of a Series E funding into eToro.

500 Startups has a strong presence throughout the globe, as is often seen as one of the movers and shakers of global tech and entrepreneurship trends–or at least an organisation that has a key eye on it.

The company’s Southeast Asian region is called 500 Durians, and is very prominently led by Khailee Ng of Says.com fame.

500 Durians will provide early-stage funding seemingly to startups from any background, as long as they have a solid idea. However, they have also shown notable interest in fintech-based companies and have backed organisations that have become prominent in the local fintech scene.

Gobi Partners is an early stage venture capital firm that focuses on IT and digital media investments in China. Since their launch more than a decade ago, they have since expanded to seven countries, with a base in Malaysia called Gobi Mavcap Management.

They are known as the backing entities behind companies that have a relatively prominent reputation among the Malaysian startup scene.

Even among Malaysian companies, Gobi Partners has shown precedence for investing in the same company as the investment rounds add up, if the company performs well enough under their first injection.

Monk’s Hill Ventures is a VC firm started by a group of fellow entrepreneurs, based in both Indonesia and Singapore, and have backed tech companies in both Silicon Valley and Asia, with focus on Southeast Asian markets.

According to e27, of particular interest to Ridzwan are fintech, enterprise software, edtech and B2C. This same focus on fintech is reflected in the company’s, other investments which includes Finaxar, Scalable.capital, C88, and Playlab, all coming from different nations and backgrounds.

The company seems to prefer earlier stage investments, up to Series C though that was a continuation of a previous Series B funding.

Of publicly disclosed funds, there doesn’t seem to be a notable instance of a Malaysian fintech investment at the time of writing, but the field has been described as one area of interest for Ridzwan.

Golden Gate Ventures is an early-stage VC firm based in Singapore, with an interest in Southeast Asian companies.

Most recently, Golden Gate Ventures has set up a $10 million fund named LuneX for investments in the realms of blockchain and cryptocurrency. 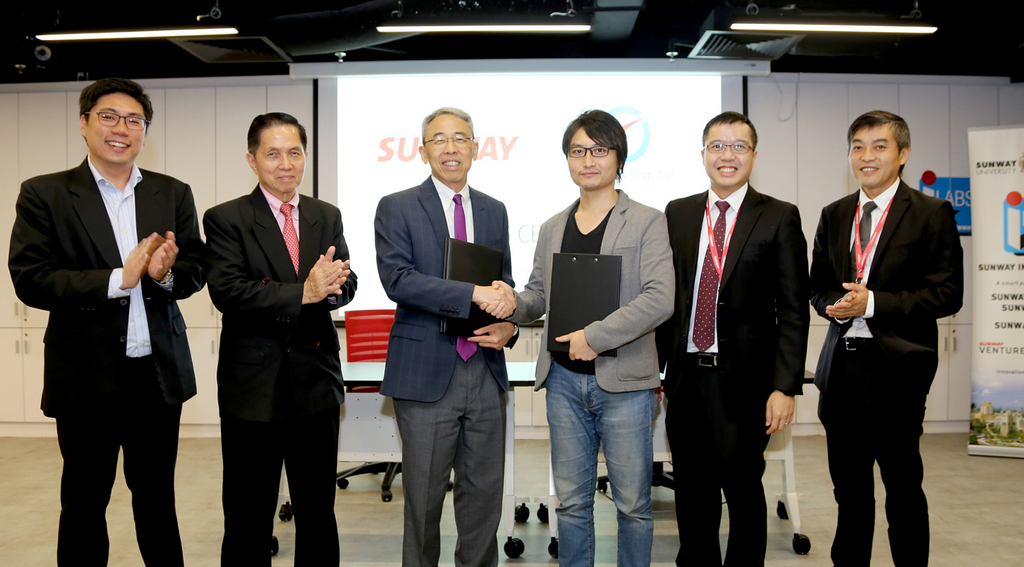 Besides just running their own investment firm,  KK Fund has partnered with Sunway to launch Sun SEA Capital, and while they won’t be exclusively investing in fintech, it is one of the key areas of focus for the company.

Due to its status as a more recently launched fund, Sun Sea Capital has yet to have to develop a robust investing portfolio, but considering the involvement of KK Fund though, it seems likely that its portfolio will reflect KK Fund’s investment philosophies.

The joint venture has also informed Fintech News Malaysia that fintech is one of the key areas of focus for the fund.