TransferWise Launches in Malaysia, Open to Partnership with E-Wallets

Following the news of TransferWise securing their remittance license from Bank Negara Malaysia in June 2019, the international remittance company announced that they have officially launched their operations in Malaysia today.

Speaking at the launch Taavet Hinrikus, Co- Founder and Chairman of TransferWise, said 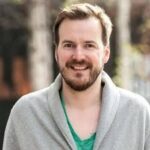 ” We are excited to be able to offer in Malaysia today a cheaper, faster and more convenient way to send money internationally.

We’ve received requests from 15,000 people to make Malaysia their next priority  so we worked hard to enable our service as fast as we could.”

TransferWise’s, Asia Pacific Lead, Venkatesh Saha further added that Malaysia is the 2nd ASEAN country that the company has chosen to launch in, which he says should be taken as a testament of how important Malaysia is to TransferWise as a market.

Taavet also shared with Fintech News Malaysia that the company is open towards working with local e-wallet players to enable remittance functions to enable them to leverage on the existing infrastructure that TransferWise has built. This intention to partner local e-wallet players may come at a strategic time as players like BigPay move towards offering remittance services within their e-wallet

The company said that with the launch of this service, Malaysians can now send money to 83 countries, at 4 times cheaper than banks. However, TransferWise will also have to contend local players with similar business models like MoneyMatch and regional players like InstaReM.

We did a quick comparison and found that some players offer more competitive rates compared to TransferWise on certain corridors. When we asked how TransferWise plans to compete with these rates, Taavet shared that TransferWise is focused on building a sustainable business and do not subsidise the rates using investor’s money. He encouraged users to opt for other providers should they find better options.

TransferWise’s service in Malaysia is open to individuals – including all foreigners except those with a Foreign Worker status. For the latter group, due to additional checks required by regulations, the service will begin in 2020, business transfers are also expected to begin by 2020

Moving forward, Taavet shared that they are currently in talks with the regulator to hopefully launch their multi-currency card in Malaysia. The service is dubbed “Borderless Account” and was launched last month in Singapore. By next year, the company expects to set up a Malaysian office and they targetting to hire 5 staff.

Tranglo Opens up New Payout Corridor to the UAE