Consumers can make payments by scanning the DuitNow QR code on their smartphone with payment going straight from the consumer’s bank or eWallet account directly into the merchant’s bank account. Payment is instant and real-time notification is also sent to both parties. DuitNow QR does not require customers and merchants to be customers of the same bank or eWallet. For merchants, reduced paperwork for reconciliation would enable them to unlock greater efficiencies and time savings. 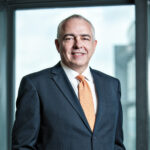 “In our efforts to promote cashless payments and encourage the use of digital payment methods that are more convenient, efficient and also hygienic, expanding the DuitNow QR ecosystem has been a high priority in our agenda. After the soft launch of DuitNow QR in 2018, PayNet has been onboarding banks and eWallet providers to enable their customers to pay using the mobile app of their choice,”

“One QR code offers a better payment experience for both merchants and customers. Merchants benefit from improved efficiency as they just need to sign up with one acquirer (bank or eWallet) to accept all QR payments, thus avoiding multiple onboarding processes, displaying multiple QR codes over the counter and performing multiple reconciliations of separate QR statements. One QR code also simplifies payment for their customers. With higher adoption of QR payments, we would encourage merchants to contact one of the DuitNow QR acquirers (bank or eWallet) to get onboard soon,”

WorldRemit Arrives on Malaysian Shores To Offer Its Remittance Service

Malaysians Donated Over RM1 Million During MCO via Boost