From Fintech Fund to Crypto Exchange — What’s Next On Kenanga’s Digital Roadmap?

The name Kenanga Investment Bank has been plastered across headlines recently, a shift from its previously media-shy nature.

Backed by 45 years of history, Kenanga is the largest independent investment bank in Malaysia with RM 14 billion Assets Under Management (AUM). To get a sense of Kenanga’s digital roadmap and end-game with all these recent moves, we spoke to their group managing director Datuk Chay Wai Leong.

The Journey So Far

Kenanga’s digital journey began in earnest in 2016 with the formation of a partnership with Japanese internet giant Rakuten Group that eventually led to the launch of Rakuten Trade in 2017.

The joint-venture was deemed successful as Rakuten Trade reported profitability within 3 years of operations. Their advantageous position as being the only fully digital equities broker especially during a time where the pandemic had restricted consumers’ ability to physically open an account with traditional institutions played a big role in their growth.

Since the start of the Movement Control Order by the Malaysian government, Rakuten Trade saw a growth of over tenfold in new account opening compared to the previous year. To date, they have roughly 180,000 accounts with 10,000 new accounts on average every month and they have over RM 3 billion in Assets under Administration.

This was then followed by a series of initiatives to shore up their internal digital capabilities which includes the digitalisation of their back office and the launch of its remisier portal.

2020 was the year where it became clear that Kenanga is intensifying its digital efforts, from securing an approval in principle to operate a robo-advisory platform from the Securities Commission Malaysia to launching a Visa card enabled e-wallet with Merchantrade. Datuk Chay explained that many of their investors prefer not to withdraw money from their platform because they don’t want the hassle of depositing money again when they want to buy stocks.

He revealed that there’s roughly RM 1.8 billion in trust money on both the Kenanga and Rakuten Trade platforms. The move is intended to enable their investors to more easily utilise funds from their stock trading account to perform retail transactions and remittances through this new e-wallet.

What’s more notable to many industry observers is Kenanga’s recent acquisition of a 19% stake in Tokenize Xchange, one of the three crypto exchange platforms approved to operate in Malaysia.

“Local players seem to have shied away from the crypto space, we see a lot of potential here judging from the fast pace of development overseas especially in the US”

Datuk Chay, explained during out interview.

Most recently the group announced a joint fund with Malaysia Debt Ventures where the two parties intend to invest RM 300 million into fintech startups in Malaysia.

Their efforts in digitisation seems to have borne fruit so far as the group reported record profits for the financial year of 2020 with a net profit of RM 102.1 million, up nearly four-fold from the previous financial year.

What’s Next in Kenanga’s Digital Journey?

Datuk Chay explains that for the next phase of their journey, they are focused on establishing a leadership position within the retail market. Based on their rough estimates, they believe the Malaysian retail market to be valued at RM 2 trillion.

Part of their strategy to appeal to a wider audience in the retail market begins by enabling Rakuten Trade users to trade foreign shares in 2021. While many find Rakuten Trade to be a convenient platform, one of the main gripes that investors have is the lack of foreign stocks which limits their ability to diversify beyond their Ringgit basket. 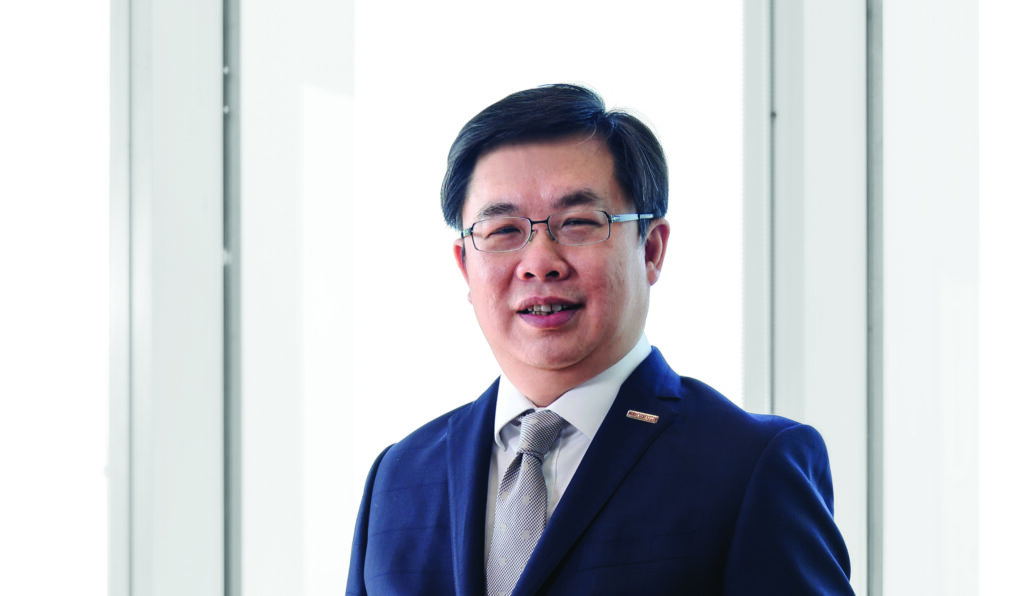 On the crypto-assets front, Datuk Chay laid out the investment bank’s ambitions in applying for IEO license with the regulator. He sees a lot of synergies between their current business and the IEO space.

An IEO, short for Initial Exchange Offering, is a fundraising exercise conducted by an exchange platform. Explaining the IEO business case for Kenanga, Datuk Chay said,

“We have done billions of fundraising on behalf of clients using unconventional instruments. We have monetised real estate, we have monetised stock portfolios. This is a game changer, we can tokenise all these transactions and people can trade on it.”

“We believe that the potential for fundraising through tokenization of businesses and assets is huge. It will offer an alternative to raising funds on the stock exchange”

They are also looking at launching their robo-advisory platform called Kenanga Digital Investing in 2021 . While he did not reveal much details about the product, he seemed optimistic that it will be well received by retail investors.

Judging from the roadmap that was shared with us, it seems that Kenanga is doubling down on retail investors by offering a wide range of investment opportunities from traditionally low-risk assets like money markets to volatile assets like cryptocurrencies.