Banks are often punching bags when one thinks of industries that are not innovating quick enough. When the term fintech entered our public consciousness many would often say that fintechs will eat the bank’s lunch and some even bold enough to make predictions like banks ceasing to exist in 2025.

But are these fair statements? Are banks complacent or are they actively trying to fend off potential disruptors by stepping up the digital game? Or are banks truly not doing enough especially with virtual banks on the horizon in Malaysia?

In keeping with last year’s tradition we speak to the top 5 banks in Malaysia to get a sense of how they are operating in today’s new reality. 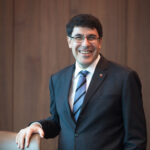 In doing so, he shared that the bank has been organising external and internal hackathons to discover new talents and fintech ideas that can be developed into viable products and offerings for the market.

Screening for talents has also been automated using a their chatbot HALI with much of the screening and pre-interview engagements done via the chatbot.

In a previous interview with Hong Leong’s Head of Human Resources, Fiona Fong shared with us that the chatbot was able to succesfully respond to 20,000 enquiries from employees within the first two weeks of its launch, saving time that would have been otherwise spent by their HR team to respond manully via email.

In his view, the key is to ultimately be able to eliminate current pain points in delivering banking services to individuals and SMEs. Delivery of such products and services he feels are likely to take place much more efficiently without the need for physical interaction. 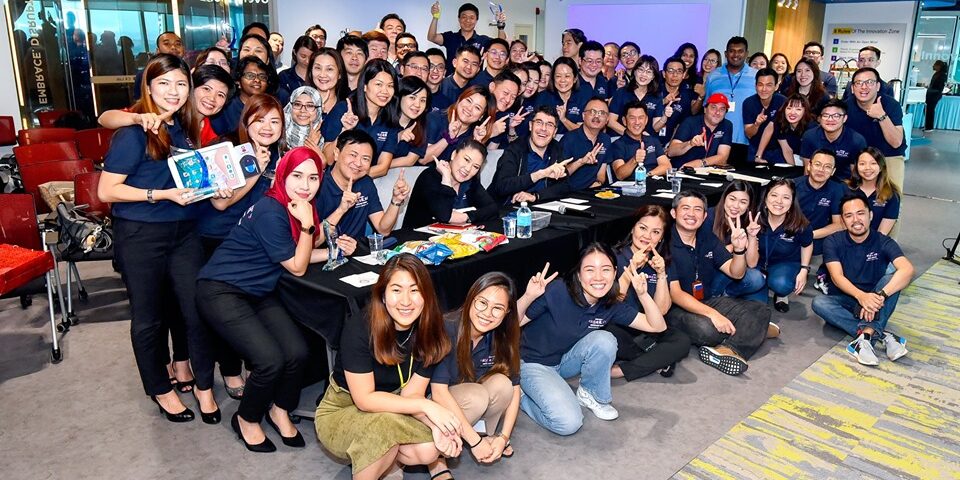 He further added at the core of it their digital innovation is guided by 4 pillars — Attract – leveraging digital platforms to attract customers, Acquire – create a seamless onboarding journey, Transact – allowing customers to transact anytime, anywhere instantly and digitally, Engage –  Improve customer stickiness and income per customer through contextual offers and analytics.

When we asked him for his thoughts on the upcoming virtual banking license by Bank Negara Malaysia, he sees it as an exciting development to raise the bar on innovation and that these new breed of banks will further accelerate incumbent banks to develop their own digital offering. Domenic feels that since digital innovation has become “business as usual for then” the arrival of virtual banks is more of an opportunity for the bank to improve on the customer journey rather than a threat 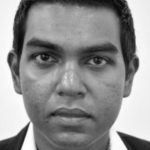 He is of the opinion that while the financial industry is facing unprecedented disruption with fintech leading the charge, there’s a need for them to be more innovative to have an edge over their competitors.

Jambu said he’s seeing a sizeable number of fintech replicating what has been implemented in other markets or simply offering lower cost for services already provided by banks. He does not think that this provides customers with value-added offerings

Having said that, he shared that RHB has always been open to collaborating with fintech. He further revealed that RHB is currently in discussion with several fintechs for new product offerings and partnerships — he did not disclose further details on the partnership

He did, however, reveal to us that in the coming year RHB will be focused on improving their mobile banking and internet banking channel, introducing features like expense management and goal based savings, helping homeowners and business owners manage their end-to-end journey through their digital offerings.

As far as trends go, Jambu predicts that big data investments will go up, API banking will gain more traction, cloud services will greatly help the industry improve the quality of digital services and DevOps will be one of the key to financial services to expedite roll out of new digital products. 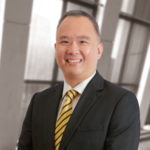 He stressed that the industry must pay particular focus in serving the underbanked community by providing simplicity in banking, accessibility to banking related services and most importantly a trustworthy relationship with the consumers.

In respect to Malaysia’s upcoming virtual banking framework, Michael said that Maybank is open towards that new development. He further added that since they are able to provide the full suite of financial services based on an existing license, it does not make sense for the bank to pursue the licensing as a standalone entity. 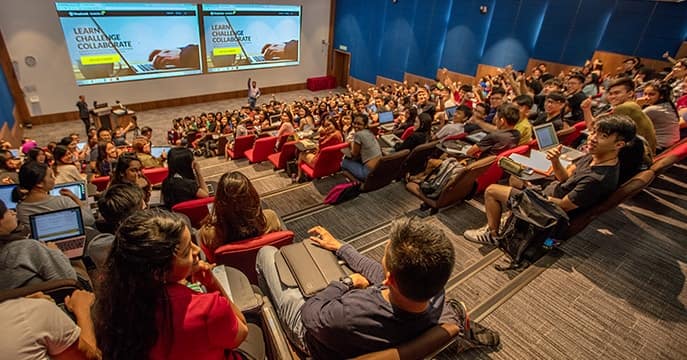 However, he shared that Maybank may assess the possibility of securing the license with a partner if it helps them to strengthen their digital banking business. Broadly speaking, he is of the view that dishing out the virtual banking license will be good for the industry although it could potentially pose a challenge to the cost structures and the segments they serve.

Across the causeway, our sister site Fintech News Singapore also reported that Maybank is eyeing one of the five virtual banking licenses issued by the Monetary Authority of Singapore.

Public Bank’s Deputy CEO Dato’ Chang Kat Kiam expects that digitalisation will be the top agenda for the banking industry. He expects banks to leverage fintech to create greater value for stakeholders.

He cautioned that as the industry moves towards driving technology and innovation, it is important to also be cognisant of the types of risks that come with it.

Though Public Bank has largely been media-shy on the technology front, Dato’ Chang shared that they have been working on quite a number of initiatives in 2019.

He revealed to Fintech News Malaysia that Public Bank will soon be launching their own chatbot named Alice by end of this year, which will be made available on their website and their newly launched mobile banking app. Dato Chang also that they were experimenting with credit reporting agency CTOS test e-KYC solutions.

When asked about the virtual banking license Dato’ Chang responded that as the bank waits for the actual framework to come out, they will continue to monitor market and explore any opportunities that will help grow the bank’s business.

He is of the view that the virtual banks will challenge incumbents to an extent but the impact remains to be seen since banks have been investing heavily in technology and this new virtual bank may have same rules and regulations imposed on them which, he feels, will place all players at a level playing field. 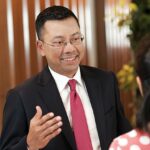 When we reached out to Effendy Shahul Hamid, CEO, Group Ventures & Partnerships of CIMB group to get comments on fintech and digital initiatives he responded that CIMB initiatives are similar to other banks.

He said they are continuing to innovate from within while putting in place multiple initiatives to digitise their core banking services. He further told Fintech News Malaysia that they have spent a significant amount of resources to grow their payments joint venture between Ant Financial and Touch n Go Digital.

Effendy shared that CIMB thinks the virtual banking framework is interesting and its something that the bank will contemplate. He feels that the introduction of this framework points toward regulatory foresight. He believes that the new virtual banks will need to balance distribution, technology capability and risk management in order to really succeed.

He is also of the view that the ‘shared-economy’ will dictate that financial services companies will need to ‘partner-more’, especially in terms of access to customer pools.

The Story of Sugar: Why a Company Pivoted from Buy Now Pay Later to Save Now Buy Later